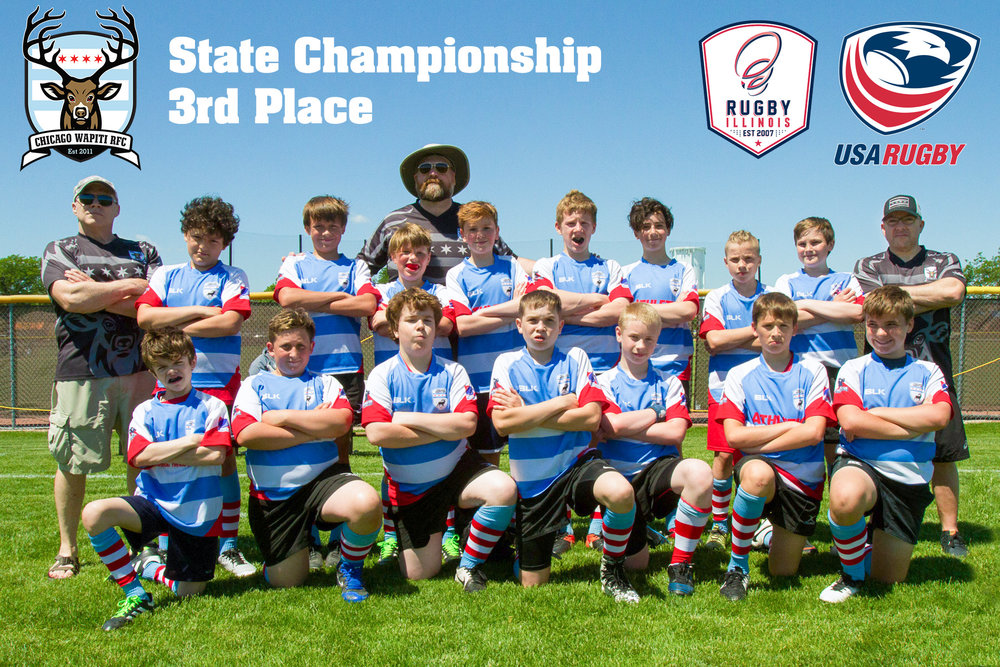 The Chicago Lions Rugby organization, established in 1964, have joined forces to expand the Chicago Lions Youth Rugby Program to include middle school and rookie rugby. The merger is mutually beneficial, and a pooling of resources will allow a complete pathway for its players focused on development and growth.

For the Lions, this will kick start their competitive youth program that started with a High School Boys team in the spring. This will also allow their Lions Community Rugby players an opportunity to continue their rugby journeys and play contact rugby. Director of Youth Rugby Andy Rose says,

“This is great news for both organizations as Wapiti is a great and well-run organization. This merger has been the development of a long-standing relationship between the two organizations and means the Lions can now provide a pathway for players as young as 5 years old all the way through to men’s and women’s programs. This merger has allowed us to skip ahead several years as we are not starting from scratch. This is a very exciting time for the Lions and Chicago as a whole.”

For Wapiti, the players will have a permanent home at Lions for Hope Sports Complex, as well as access to world class coaches and international players.

The addition of the Wapiti program along with Men’s and Women’s 15’s and 7’s, and the recently started Chicago Lions Youth program will give the Lions a holistic organization to go along with the new facility that is being built with the first field ready in September. Chicago Lions President Jeff Simon stated,

“We have always admired what Chicago Wapiti RFC has done building a city youth program from scratch. Joining forces to advance youth rugby made sense as our first field is completed, and we continue our youth rugby outreach in the North Lawndale/East Garfield Park communities.”

In 2011, Chicago Wapiti became the First Youth Rugby Club in Chicago focused on Rookie Rugby, Wapiti now includes Middle School and High School level for both girls and boys to create an enjoyable environment centered on the developmental aspects of rugby focusing on the finest qualities of the game – integrity, physical fitness, responsibility, skill development and sportsmanship – while having fun. According to Dan Kirk,

“Partnering with the Lions and its fantastic Community Program dramatically expands the reach of rugby in Chicago and will make it accessible to all its diverse communities. We are thrilled to begin the next chapter in youth rugby in our city.”

Once completed, the Lions for Hope Sports Complex will be recognized as a safe place for the community to gather through rugby and other organized field sports. We will expand life opportunities for the area youth and increase their social capital. Visit www.lionsforhopesc.org to learn more.

Chicago Lions Rugby is part of the CLCA (Chicago Lions Charitable Association) which is a 501(c)3 organization and in 2015, The CLCA partnered with Chicago Hope Academy to build the Lions for Hope Sports Complex, a premier rugby centric facility, in the North Lawndale/East Garfield Park community. Chicago Hope Academy is an inner-city Christian school catering predominantly to minority youths, which was started in 2005 by Bob Muzikowski, a former Columbia University and Old Blue NY flanker.

The Chicago Lions were founding members of the Rugby Super League, current Midwest Men’s champion, have won numerous Midwest Championships, have participated in over 9 National Club Championships and were National Club 7’s Champions in 2010.The Lions Women’s 7’s made the national championships 6 out of the past 7 years. A Pride of Lions has gone on to represent the United States as Eagle National Side players. The Lions also had the good fortune of having Paul McNaughton (IRE) and Kitch Christie (RSA) coach of 1995 RWC Champion Springboks as members. Former Club Presidents Dick Smith and J. Tyke Nollman plus Bill Fraumann are members of the US Rugby Foundation Hall of Fame.