Lions Help the Sport From the Ground up 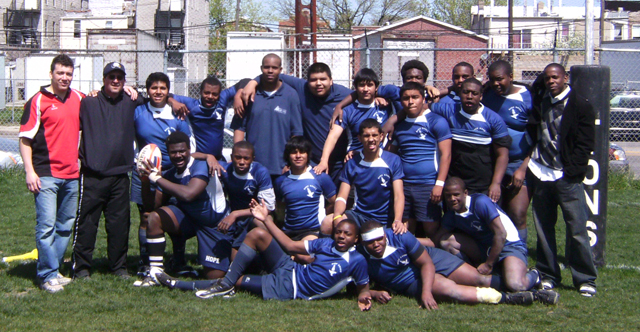 Children and High Schoolers in Illinois are beginning to learn to play the game of rugby from an early age thanks to the efforts of many Chicago Lions. These Chicago Lions that we would like to recognize are:

The Illinois Youth Rugby Association (iYRA) is the governing body which Tyke Nollman, Ray Dempsey, Rod Reeves, Des Jones, Lana Bergman and David Hall helped establish in 2007 with the aid of existing youth coaches. iYRA reports that the total number of children playing rugby in Illinois has expanded at the rate of 20% per annum for the last four years. iYRA is available to help anyone who is interested in starting a rugby program at a local school.

The Illinois Youth Rugby Association (iYRA) is sanctioned by the International Rugby Board (iRB) to develop youth rugby in the State of Illinois. You can apply for or renew your membership, which helps to maintain your standing with the iYRA.

The Illinois Youth Rugby Association is responsible for the organization of rugby competitions between high school and youth rugby clubs within the state, staging the annual State Rugby  Championship Finals, and also the administration of the Illinois All State rugby team— Tornados (boys) and Tornadoes (girls)—to play competitive rugby games against other All State teams and international youth rugby teams. The iYRA organizes and encourages participation of both girls and boys of all ages up to their late teen years to learn and play the sport of rugby. Rugby has a strong tradition worldwide that will benefit the youth of Illinois in their social lives, college days and in the business world through fellowship with other rugby players.

Children now have the opportunity to play non contact rugby starting at the age of six years old with the Waipati. Chicago Wapiti Rugby Football Club (CWRFC) is a 501 (c) 3 Not for Profit Illinois Corporation. Wapiti – Commonly referred to as Elk. Wapiti ranged widely throughout Illinois as far back as the Ice Age until the middle of the 19th century. Native Americans saw Wapiti as symbols of strength, agility, freedom, power, nobility, pace and equilibrium of energy. Wapiti have a unique type of warrior energy.

Our Mission is to create an enjoyable environment centered on the developmental aspects of rugby focusing on the finest qualities of the game – integrity, physical fitness, responsibility, skill development and sportsmanship – while having fun.

The Style of Play will be Rookie Rugby which is a seven-a-side game with no tackles, rucks, mauls, scrums, or lineouts. It will be played as a two-hand touch (between the waist and knee) game, and the format will allow teaching the ball handling, movement, tactics and strategy elements of the game. We already have more than 40 kids participating and the maximum we feel that can be reasonably managed is 96 in our inaugural season. Our target Age Group is 3rd thru 6th Grade Boys and Girls (Teams will be co-ed) for the initial season. After the initial season, it is our goal to develop the program an additional grade level each year. Registration is now open and will remain so for a few more weeks. Please visit the website at www.chicagowapitirfc.com for more information and for registration and sponsorship opportunities.