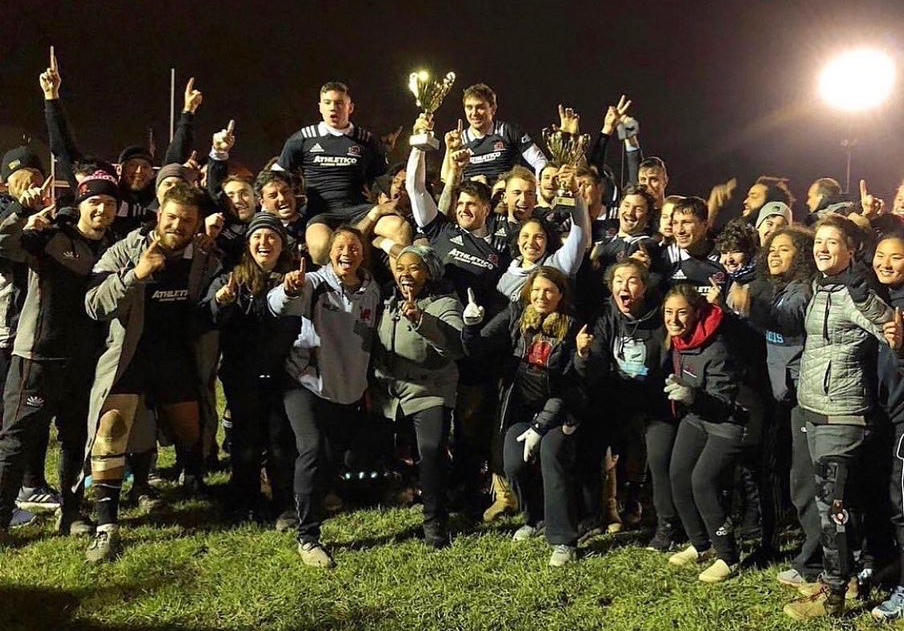 This past weekend, finishing out their first ever season competing in D1, the Chicago Lions became the Midwest Champions by defeating the Metro Valkyries 29-24!

We couldn’t have asked for a better day, or a more focused group of players.  That focus would be tested as the Lions were penalized with a yellow card just 19 minutes into the match.  That yellow card would allow Metro to pressure the Lions, putting up 14 points to take a 14-7 lead.  However, the team regained their composure and turned the tide before halftime to lead 19-14.

The second half saw back and forth play as both teams demonstrated solid defensive posture.  Metro would tie the score at 19, but then the Lions took command gaining a 29-19 lead.  An unfortunate knock-on in the try zone took away a try that would have brought the team to a 34-19 lead and allowed Metro the opportunity to bring the score to a 29-24 level.  At the end, though, the Lions defense held firm into the final whistle. 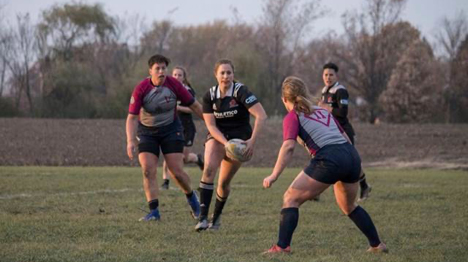 The Lions dominated lineouts, winning all 13 of ours and stealing 1 of 2 Metro lineouts.  As usual, Benny Hershik provided solid, accurate throws, with Aurora Macek establishing a dominant jump and our boosters a firm foundation. Scrums were evenly matched, as were tackles and rucks.  At the end of the day, it was continuity and phase play that allowed the Lions to move the ball to space at the corners and attack from touch-line to touch-line.  Scrumhalf Cara Thayer implemented an excellent attack plan throughout the course of the game, moving the ball into defensive weak points and imposing our game plan on the Valkyries.   Jillian Stariha earned Lion of the Match honors for her solid play at Inside Center – providing that continuity.  Jillian was also awarded the players’ Lightning Lion award.

Michelle “Corkey” Corkery (#5) would follow up her LOM performance vs. Detroit with another Star, along with Michelle Fogelsanger (#13) and Katie Lohaus (#14).

We would like to thank all our friends and family who came out to support the team this season and hope to see you all out in the Spring as we prepare for our run at the National D1 Championship!

The Lions (7-1 and champions of the East Conference) took on Kansas City Blues (8-0 and winners of the West Conference) in the Midwest Championships on Saturday in Lemont. KC’s undefeated season was particularly impressive coming from the highly competitive West Conference which includes Palmer and Metropolis. KC bolstered their ranks with the additions of a number of current and former MLR players.

KC came out of the gate hot, diving on a smart grubber kick through to the try zone to score after 3 minutes. The Lions responded with a smart pass off a 5-meter scrum from scrumhalf Joe Van Zyl to winger Dan Coci to score in the corner. Hooker Kevin Lydon was next to score after sustained pressure on the KC line. Fullback Harry Deck slotted the conversion. KC responded after a missed tackle saw them break free and leave it tied 12-12 at the half.

The second half saw KC score first again on a penalty kick. It was all Lions from there on as the boys found another gear and played a smart territory game to sustain pressure in KC’s 22. A dominant lineout game helped the Lions get two more scores, one from prop Frikkie De Beer and second from a lineout interception by Lydon. Now up 24-15 with 15 minutes to play, the Lions defense was barbaric and their blitz defense shut down KC’s opportunities to get the ball to their danger men on the wings.

The Lions sealed the game when center Spencer Cameron slipped through off the fringe of a ruck to make the final 31-15. It was a fantastic result from fiercely played game between two closely matched teams. Man of the Match was captain and eightman Andy Rose, who carried phenomenally, with center Jake Hidalgo and Coci getting special mentions for their sustained defensive efforts and Kevin Lydon for his 2-try performance.

I would like to thank the fans, friends and alumni as always for their continued support but especially on this Saturday night as they were out in full force and voice. I know it lifted the guys to hear the cheers from the crowd and it gave them that feeling of a 16th man advantage, thank you all!

Next up, the Lions will play in the USA Rugby Elite Cup against the winner of the American Rugby Premiership. The ARP was a tightly contested contest amongst NYAC, Old Blue and Life, with Life winning on the final week, setting up a rematch of last season’s national semifinal, which saw Life beat the Lions in a close match.

The Lions will play Life on Saturday, November 23, at Life University outside Atlanta, time TBC.

#LionsWin The Lions take home the double in St Lou

It’s #gameday as the Lions get ready for the fin