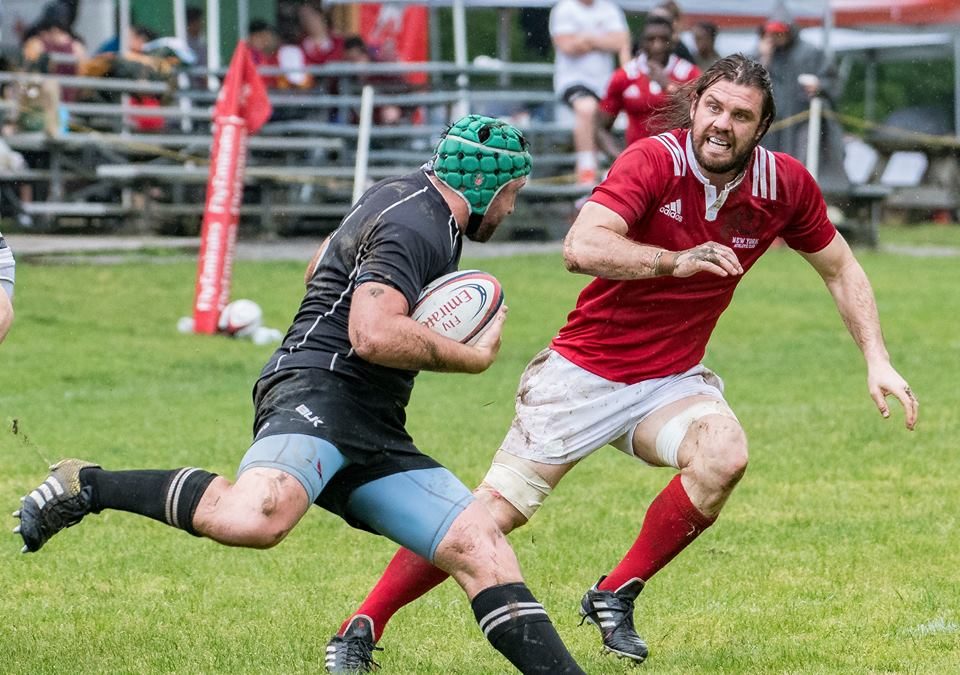 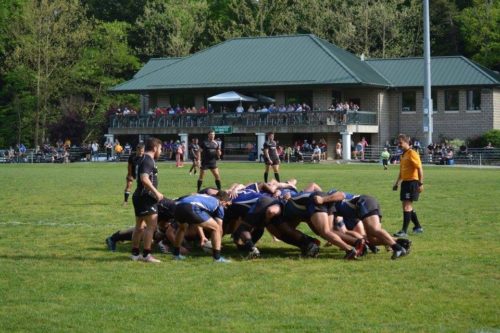 The Chicago Lions headed to Pittsburgh on May 19th for the National quarter-final and semi-final having secured the Midwest title two weeks previous. The Lions first opponent was to be Rocky Gorge, a team from Baltimore who went unbeaten in their conference all season. The quarter-final was played on the Saturday as the last game of the day in a packed schedule which saw 20 men’s and women’s teams take to the two fields of the Pittsburgh Harlequins.

The Lions were first on the scoreboard with a penalty from JP Eloff which was then followed up by a try by Luke Thiem. Eloff hit the conversion to give the Lions a 10-0 lead early on. Rocky Gorge responded with a long range penalty from US National flyhalf Ben Cima before punching a try of their own to leave it 10-10 at the half in what was proving to be a tight encounter. 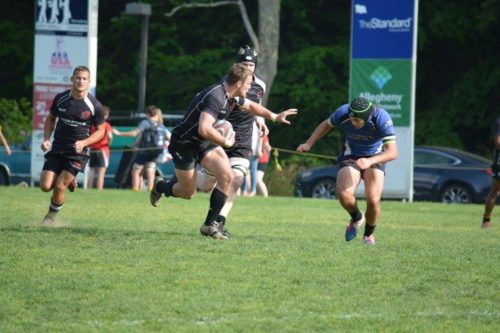 Rocky Gorge came out of the blocks fastest in the second half with a try to leave it 17-10 but the Lions got going and were ruthless for the next 30 minutes, scoring 22 unanswered points through tries from Jon Serdar, Sondai Adjei and Frikkie De Beer to lead 32-17. The major blow coming from a desperate crossfield kick attempt by Rocky Gorge being plucked out of the air by Adjei and finishing in a try for the Lions by the support play of Captain Dan Coci. This allowed the Lions to empty the bench in an effort to save energy for the Sunday game. Rocky Gorge did have the last say with a consolation try in the final seconds but that brought an end to play and a fantastic win for the Lions 32-22 on the day and on to the National semi-final.

The Lions did not stick around long after the win as they darted straight to the cars and onwards to the AHN Sports Performance Center, a newly built state of the art sports facility which is used by the Pittsburgh Steelers as well as other professional teams in the area. The players participated in 2 hours of recovery protocols ranging from massage to H-Wave stimulation and cryotherapy, the latter sorted the men from the boys as they were exposed to temperatures of around -200 degrees. 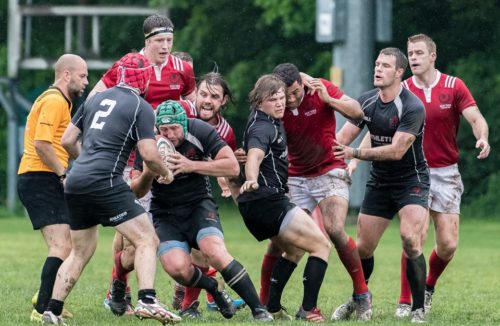 Sunday saw another game for the Lions against New York Athletic Club (who had taken down last year’s National Champions, Mystic River on Saturday). The Lions were up early again for a repeat of the match day routine which sees them go through a pool activation session including hand-eye coordination drills, mobility work, and active recovery. This is followed by breakfast as a team and then opposition preparation which sees the players go through video analysis of their opponents. Next up is a walk through in the car park where they spend a short time walking through set-piece moves before breaking for lunch and strapping. 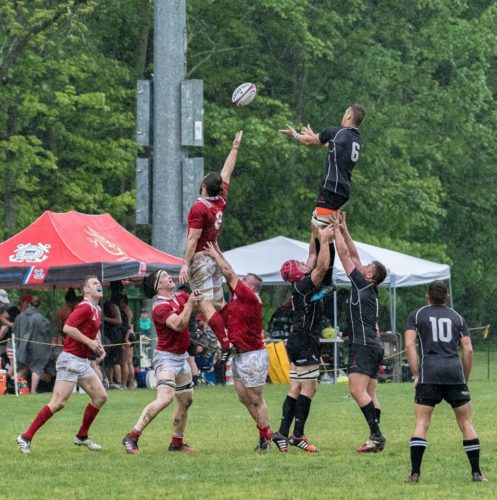 The Lions departed for the field with rain and storms being predicted. The weather predictions did not disappoint with the skies opening up mid-way through the team warm-up to provide some very wet conditions for the game ahead.

The Lions took the field in heavy rain against a team littered with US National players and an extremely big pack. ‘We were expecting a forwards game from them and the conditions played right into their favor’ said coach Dave Clancy.

The game started slow with both teams struggling in the conditions and trying to kick territory when possible. NYAC then opened the scoring after some good pressure and a lengthy period of Lions defense. They backed this up with two long range penalties to lead 13-0 at the half. The Lions were disappointed to have left a try out there with the referee judging the pass to the man overlap to be forward in what would have been a walk-in try.

NYAC were first to score in the second half with a converted try giving them a 20-0 lead. Next, the Lions responded through a Brian Rooney try to leave it 20-5 with the Lions growing into the game and starting to have some possession in key areas. The Lions were then held up for what could have been a try but it wasn’t to be and NYAC cleared their lines. 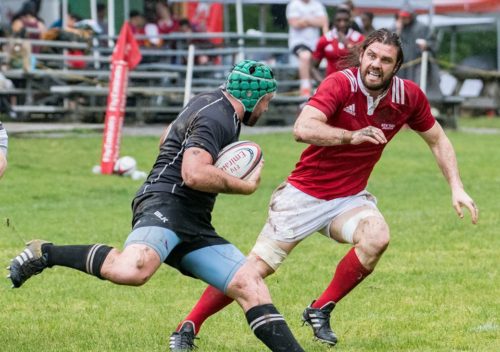 The Lions threw everything they had at them and emptied the bench in an effort to get some fresh legs and energy on the field but it wasn’t enough against an excellent NYAC side who played the conditions perfectly. Their talented flyhalf, Chris Mattina, and very strong fullback put on a superb kicking game. NYAC scored again at the death as a bonus to leave the final score 5-27, a win that sent them to the National final against the now-professional side of the Austin Huns who defeated Belmont Shore in the other semi-final.

It draws a close to the season for the Lions team who have come a long way from a 3 game losing streak in the Fall to where they ended up. The team has gone from the bare squad numbers for a first side to having two full sides.

The Lions have laid a solid foundation for future success and have in the words of many old boys, restored the roar.

It’s another #gameday weekend as the Lions Men h

A massive congratulations to Chicago Lions and @ru

It was 2 Lions rookies who really showed out yeste

#LionsWin It’s another double weekend for the Li