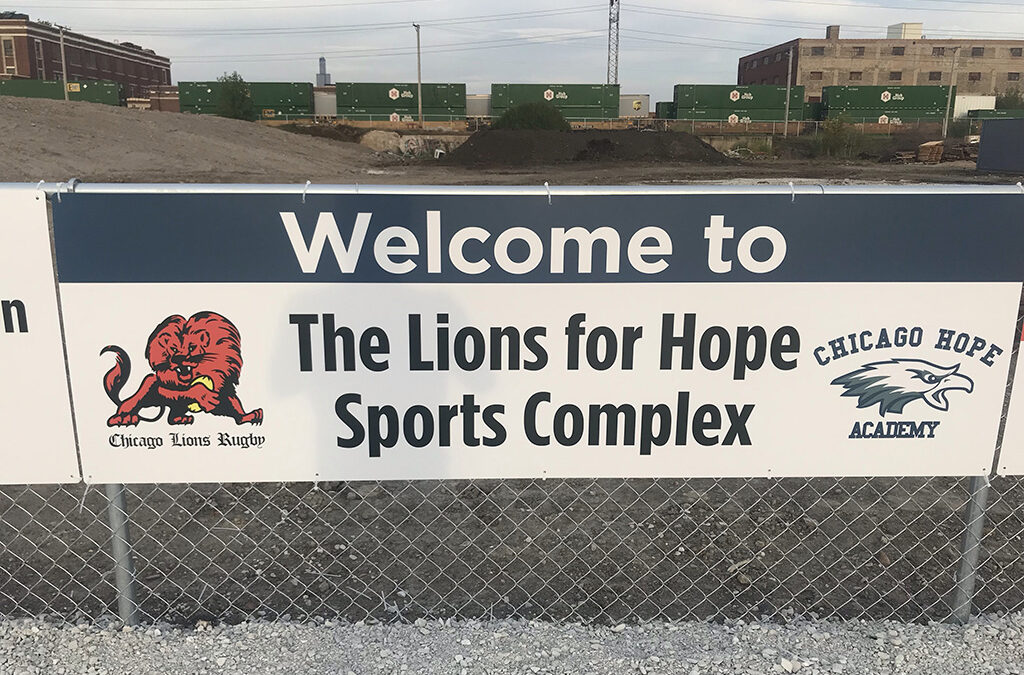 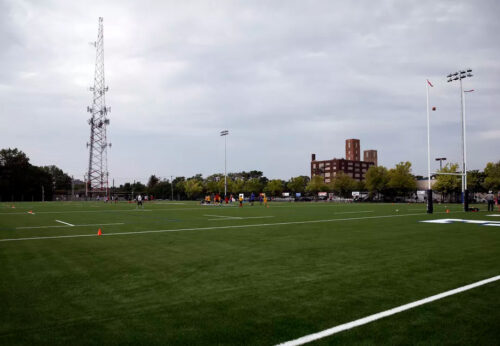 Saturday, September 21st, 2019 was a historical day for the Chicago Lions as we revealed the second completed phase of the Lions for Hope Sports Complex, the J. Tyke Nollman Field. It was a day that Lions from all generations have been waiting for; finally, we have a home. The emotional reaction from alumni, fans, and rugby players was overwhelming. 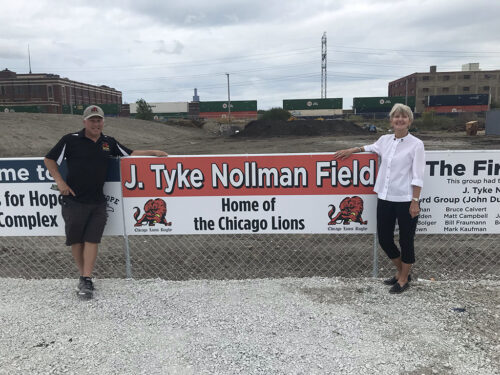 Leading up to Saturday’s event, the Lions received numerous congratulatory emails from rugby players and clubs around the world who either came to Chicago on tour or played against the Lions on their home fields. Several mentioned Tyke and some mentioned that they still have the Lion statue in their clubhouse. The Lions’ reach is truly global and continues to grow each year!

Starting with the Rookie Rugby program and ending with the Men’s D2 side, rugby was played on the new field from 9am to 6pm. Over 500 people showed up throughout the day, with the biggest crowd in attendance between 12:30-4:00 pm.

This project would not have been possible without the support of the Lions’ generous donors. The Lions would like to recognize and thank the core volunteer group: 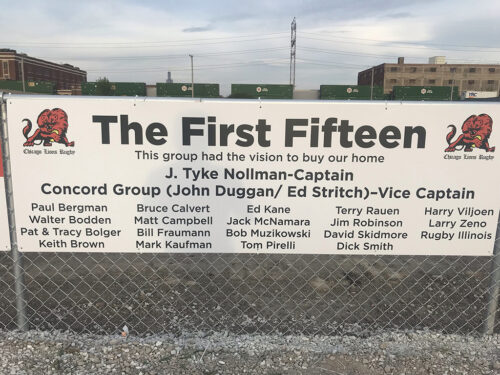 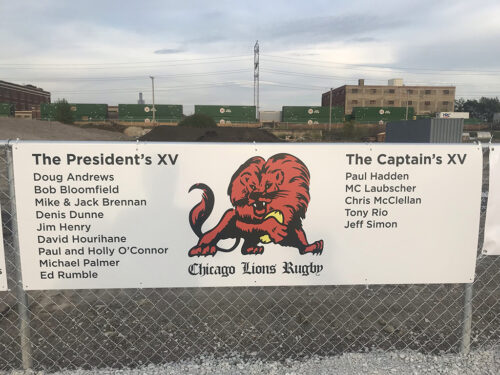 We would also like to thank the current CLCA board and the past board members for serving the Lions. We also thank our partner, Chicago Hope Academy.

A special thanks to the following for their generous support: 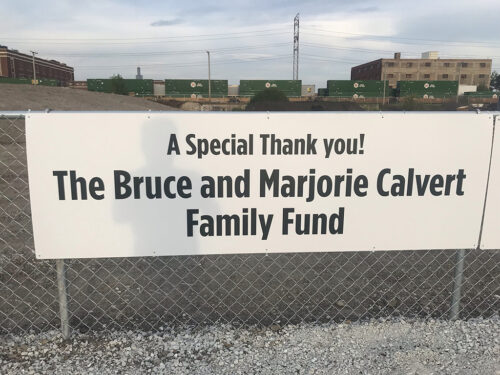 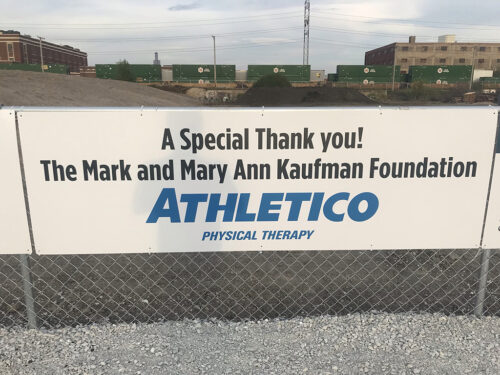